Today is a special interview for me. I met the author through Facebook and then participated in his writing project, The Bridge Between, which we talk about in the interview. Also we are both from the town featured in his book. I didn’t know him at the time we went to high school as we were in different schools. I have only skimmed parts of the book and look forward to reading it.

TN: Nick, why do you write and what subjects or genre inspire you?

NDB: Writing is the most personal form of communication with me. It allows a range of expression through word pictures, can communicate emotion and is also cathartic. It represents a commitment to ideas and to sharing those ideas. People are their stories are my passion. I also enjoy taking complex subjects and converting them into understandable, logical form that can be assimilated, understand and provide functionality for the user. I’ve tried my hand at writing mysteries, which is my favorite reading genre. But there are so many plots and distractions that I haven’t been successful.

TN: When did you know you were a writer?

NDB: There was a student publication in junior high school (7th-9th grade, in the day) called the Wooden Pony. I wrote a short story and a poem that was selected. Being published was a “heady” experience, I’m naturally curious about people and their stories a la Studs Terkel, so I joined the student newspaper in high school as a writer, then editor. It was the same paper for which my maternal uncle had been editor 30 years before. Interesting, the advisor was the same one he’d had. I founded my college’s student newspaper, worked my way through college at the local newspaper as a reporter and sports editor, was an effective academic writer and then started writing a few magazine articles. Some book chapters and paper presentations at baseball conferences in Cooperstown with friends continued to stoke the fire. But I think I really knew I was a writer when a friend invited me to co-author a book with him. It was a business book that was well received and published in five international editions and paperback. That was the experience that confirmed in my mind that I am a writer.

NDB: My writing style is storytelling. I create a stream-of-consciousness story about an idea or a topic and commit it to a file without editing, essentially brainstorming.

I taught media, broadcast and business writing for 25 years at colleges and universities. One of my most important rules was that there are no good writers, “good” meaning effective. The best writers are better editors than they are writers. Once the first draft is done, I do the editing. Does the story flow logically from one sentence, paragraph, section, chapter to the next? Is the story effective? Interesting or entertaining? Can the reader relate to the story and would they be able to tell it to someone else?

TN: You’ve just released a new book, “The Bridge Between – Race, rage & Reconciliation in 1960s Iowa” which is of special interest to me. Through the eyes of high school students, the book covers the racial situation in our home town, Waterloo, Iowa, during the 1960’s. What was the impetus for writing the book?

NDB: Subjective experiences as a student in Waterloo during the 1960s and 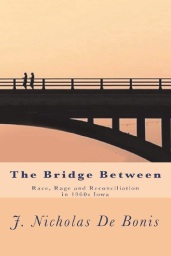 subsequent life experiences living throughout the country. I lived on the “black” East Side of town and went to the “black” East High. In reality, only 15%-18% of the students were black. All blacks lived on the East Side, so the schools were racially mixed. No blacks lived on the West Side, so the schools were “white-bread.” I didn’t realize until I was older how much that affected my high school and adult life perceptions and experiences. It was noticeable that few black friends from our class attended reunions, despite having assured others they would be there. And I found that my race relations with people from other ethnic and racial groups were different than those who had been in an all-white educational environment. There was a story there, a personal one, about a segregated Midwestern town that was a microcosm of the civil rights movements being played out in communities throughout America.

TN: What was your biggest challenge in writing “The Bridge Between,” and did you ever get writer’s block?

NDB: No. I don’t believe there is such a thing. A “block” means you absolutely can’t write anything, which is impossible. I asked students who were “blocked” if they could write anything about the topic. They could. Then you’re not “blocked.” You’re only “blocked” from writing a perfect first draft which — as stated earlier — no one can do. My first paid newspaper job when I was a junior in high school was taking dictation from “stringers” — part-time reporters in other cities — calling in sports stories. On a typewriter with a roll of teletype paper. With a landline cradled in my neck. No headsets then. Many times it was just a collection of phrases. My job was to cadge together a story under deadline. I learned with some coaching to write the back “5 Ws & the “H” lede (sic) — first paragraph — then build down from there. The final step was to edit the story with a red pencil on the paper, hand it to the deskman and move on to the next one. There were sections in The Bridge Between that were complex and complicated. I was only “blocked” as long as it took to start doing a “core dump” — typing out everything I knew about that part of the story. Then went back and edited it a couple of times for a final draft,

TN: You interviewed a lot of people for your book. How did you go about this? Was there any hostility to the questions you posed?

NDB: I’ve always been a huge fan of Studs Terkel and his writing style, which was to interview people and use their words to tell a story. The “interviews” were described and conducted as “conversations” rather than an interview. The process was conducted in three phases. After talking about this idea with classmates over the years, I’d developed an agenda of roughly 10 discussion points relevant to being able to tell the story. I tested these with about two dozen volunteers using a SurveyMonkey questionnaire. This pre-testing helped me refine, eliminate and add to the list. And neutralize the hostility before the fact. The second phase was to go to Waterloo for a week and sit down with people with whom I’d been able to schedule time. I also saw others in other cities on the routes to and from Waterloo. The final phase had two parts. One was to contact the original participants with discussion points which needed clarification or expansion. The second was to spend about two months having phone conversations with people who weren’t able to meet with me when I was in Waterloo or lived somewhere else literally around the world.

TN: Why did you decide to self-publish instead of going through an agent or publisher?

NDB: My first three co-authored books were with publishers. Not an easy avenue. And self-publishing has become so sophisticated and provides so much control it was a no-brainer.

TN: How did you come up with your cover design for “The Bridge Between?”

NDB: Believe it or not, it literally designed itself in my mind as soon as I’d finished the three-world title, three words being a power mnemonic device. It was a combination of a functional representation of a bridge over the Cedar River in Waterloo, the schism between the East and West Sides, with two people on the left East Side representing a black and a white, and one person on the right West Side of the Bridge representing the white population on that side of the river.

TN: What software do you use for your print version and/or for eBook?

TN: What tips would you give to someone who is considering self-publishing the work?

NDB: In order of importance, first decide whether it’s a commercial project to create revenue or one from the soul. The Bridge Between was the latter for me. The next one will be a combination. That will affect these others tips. If it’s the former, be prepared to invest to buy the additional support from the publishing site and then use it to hone the book into marketable shape. Hire an editor who’s used the publishing site before and can edit effectively. Let him/her do their job. Be prepared to invest money for shotgun marketing to broader markets, and bow & scrape to the requirements of the major book distributors and retailers. Be prepared for a short shelf-life. Self-published books are like May flies. If it’s a project which is under your skin, be prepared to sacrifice time, and physical and psychological energy. That requires belief in your topic. Look for funding from Kickstarter or other sources. Better yet, find a mentor who’s used the publishing site before and can guide you around the rocks. Let someone else edit. I used four different people. When we edit our own materials, we proofread what we know SHOULD BE THERE rather what the text ACTUALLY SAYS. Target narrow markets where your selling has to be minimal. Use the feedback on the book’s site to generate buzz. Know when the book’s cycle has ended and move on. It’s like kicking the kids out of the nest.

TN: Do you have any future projects/novel ideas in mind?

NDB: Yes. A book, video series, lectures, assessment tools and a five-symbol mnemonic wristband for the working title Mate Selection Guide to the Universe or How I Learned to be a Realist and Manage the Heart-Head Conflict When it Comes to Relationships.

TN: Thank you Nick for the great interview. To my readers, here are some links for purchasing his books and finding out more about Nick.

The Cruelty of Love is listed under the Contemporary category. Take a moment and vote!

If you’ve read A Woman’s Weakness by Molly Gambiza you can also vote for her book, also listed under Contemporary. And if you haven’t read it, I highly recommend you do so.

“The Cruelty of Love“

For members of Goodreads: Enter for a chance to win one of 4 copies of “The Cruelty of Love” – A tale of betrayal and injustice, confrontation and retribution. Kate Johnson conceives and carries out an ingenious and illegal plan to calm her demons of over 30 years.

One of the most rewarding compliments for me concerning my first book, “Il Molo”  was receiving a postcard from a reader who visited the setting of the book. The postcard shown below was sent to me in October 2015 from two musician friends who actually visited Varigotti, it’s beach and “the scene of the crime”. I was really excited when I received it. You can click on the message to read it.

Thank you the E. O’Donovan!!

The sharp metallic sound of steel-capped heels on black combat boots echoed through the corridor, keeping time with all the paraphernalia tapping against the guards’ thighs—keys dangling from metal chains, walkie-talkies, and black wooden Billy clubs. The stocky female escorts, a blonde and a brunette, both with hard chiseled features, were bored and uninterested. This was routine for them; another day, another prisoner.

Musty sweaty odors, mingled with those of stale food, drifted through the air. Walking along on either side of their prisoner tightly holding her upper arms, the guards escorted Kate to what would be her new home for a few years. She stared straight ahead, her peripheral vision taking in the gray cell bars, the gray walls, the gray atmosphere, and the empty cells. All the “ladies” were at lunch. She thought the city jail drab and unwelcoming. This one was slightly worse. 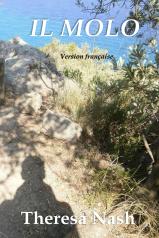 FOR A LIMITED TIME ONLY!!

“The Cruelty of Love”